DJ Cuppy List Reasons She Would Be Unavailable Unt…

Nigerian billionaire heiress and Disc Jockey (DJ) Florence Otedola, popularly known as DJ Cuppy, has revealed reasons why she would likely be unavailable till 2022.

In an Instagram post, the 28-year-old entertainer said that she has a lot of things that will keep her occupied for a while.

According to her, she is a full-time student at Oxford University, working on new music, launching her jewelry brand, and DJing around the world.

She wrote, “If I don’t get back to you until 2022 it’s because; I’m a full-time student at Oxford University. I’m DJing around the country.

“I’m launching my jewelry brand. I’m working on new music. Also, I quit drinking. I’m starting a venture capital + All the other stuff.” 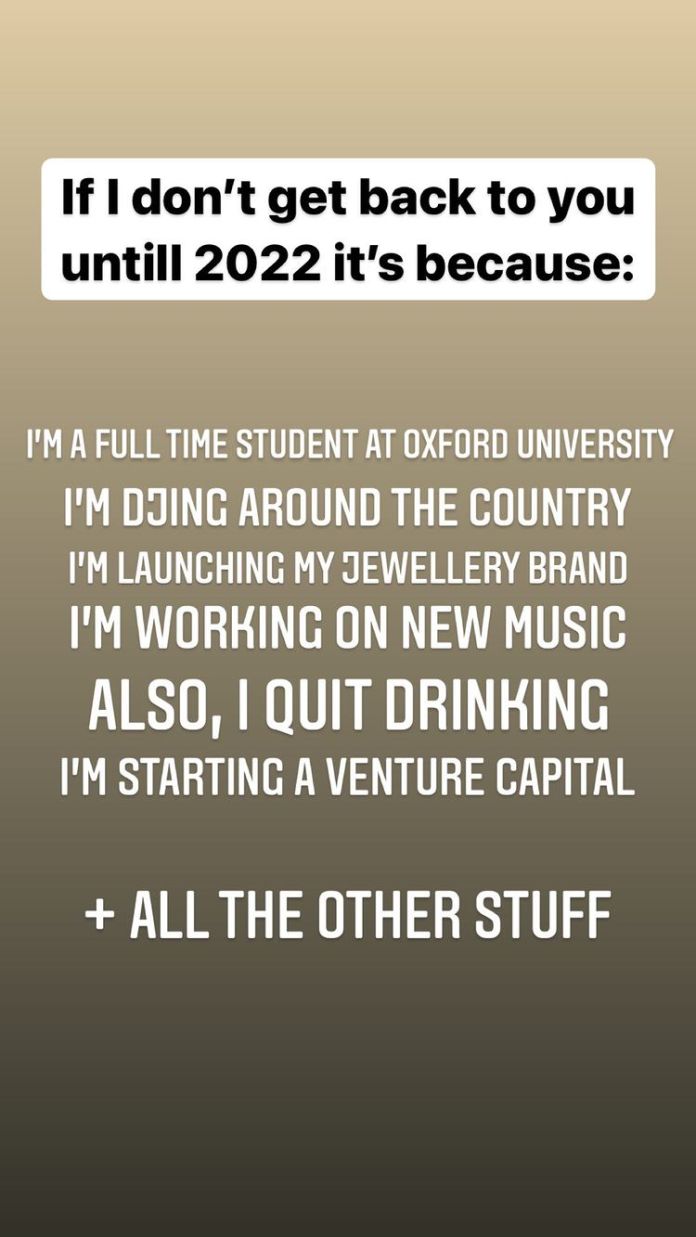 Recall that in July, DJ Cuppy declared that she only needs 10 months to take over the United Kingdom with her sound.