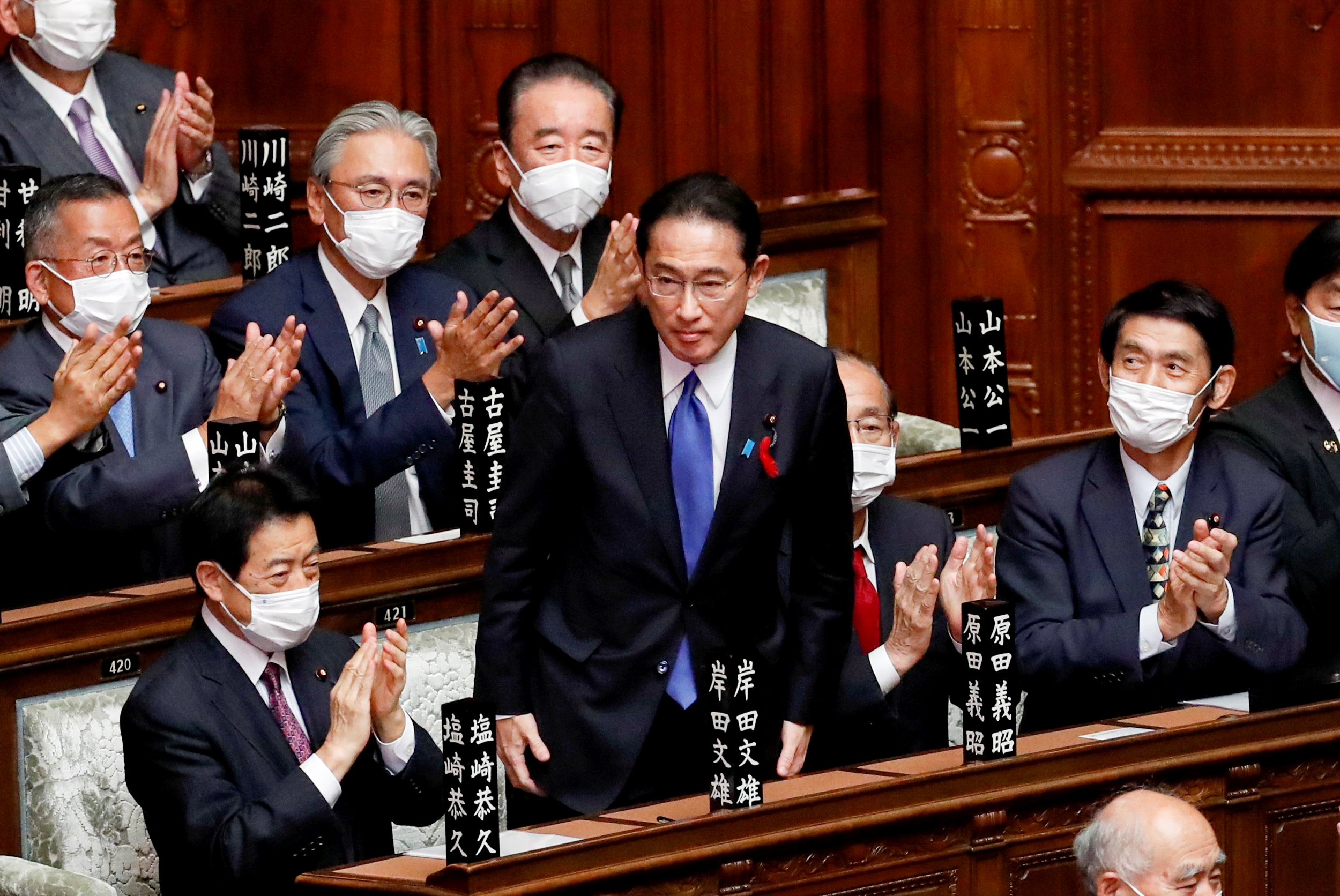 TOKYO — Japan’s parliament on Monday elected Fumio Kishida, a former moderate turned hawk, as prime minister. He’ll face an economy battered by the pandemic, security threats from China and North Korea and leadership of a political party whose popularity is sagging ahead of a fast-approaching crucial national election.

With his party and its coalition partner holding a majority in both houses, Kishida won by a comfortable margin against Yukio Edano, head of the largest opposition Constitutional Democratic Party of Japan. Kishida and his new Cabinet will be sworn in at a palace ceremony later in the day.

He replaces Yoshihide Suga, who resigned after only one year in office as his support plunged over his government’s handling of the pandemic and insistence on holding the Tokyo Olympics as the virus spread.

Kishida is expected to make a policy speech in Parliament on Friday but is looking to dissolve the lower house to hold elections on Oct. 31, Japanese media reported. Observers see the early date as a move to take advantage of his government’s fresh image to rally support.

Jun Azumi, senior Constitutional Democratic Party lawmaker, criticized Kishida over his plan to dissolve the lower house in just over a week. “It’s like a delicatessen that forces customers to buy without a chance to try samples.”

A former foreign minister, Kishida, 64, used to be known as a moderate but turned hawkish on security and more conservative on gender equality and other issues, apparently to show loyalty to influential conservatives in the Liberal Democratic Party and win their support. He is firmly entrenched in the conservative establishment, and his victory in last week’s vote to replace Suga as the party’s leader was a choice for continuity and stability over change.

Kishida replaced all but two of Suga’s 20 Cabinet members and 13 will hold ministerial posts for the first time, according to the lineup announced by new Chief Cabinet Secretary Hirokazu Matsuno. Most of the posts went to powerful factions that voted for Kishida in the party election. Only three women are included, up from two in Suga’s government.

Foreign Minister Toshimitsu Motegi and Defense Minister Nobuo Kishi, who is former Prime Minister Shinzo Abe’s younger brother, were retained, ensuring continuity of Japan’s diplomacy and security policies as the country seeks to closely work with Washington under the bilateral security pact in the face of China’s rise and growing tensions in the region, including around Taiwan.

Kishida supports stronger Japan-U.S. security ties and partnerships with other like-minded democracies in Asia, Europe and Britain, in part to counter China and nuclear-armed North Korea.

Japan faces growing nuclear and missile threats from North Korea, which last month test-fired ballistic missiles capable of hitting targets in Japan. Kishida also faces worsening ties with fellow U.S. ally South Korea over history issues even after he struck a 2015 agreement with Seoul to resolve a row over the issue of women who were sexually abused by Japan’s military during World War II.

An urgent task at home will be turning around his party’s sagging popularity, hurt by Suga’s perceived high-handedness on the pandemic and other issues. Kishida is expected to make a policy speech later this week before dissolving the lower house of Parliament ahead of the general election that must be held by late November.

Why does my hair get so knotty in winter? The three steps to dealing with knotty hair

Brazil’s Bolsonaro should be charged with homicide for Covid errors: Senate report