Many BBNaija fans haven’t forgotten what went down between former housemates Boma and Tega as they were quick to show when he commented on her recent post.

Tega had sparked outrage when she had chosen to make out with Boma on several occasions despite being married; something that has trailed her since her exit from the BBNaija show.

Taking to her Instagram account, the reality star and mother of one had shared a picture of herself after returning to the platform following her abrupt break a week ago and Boma deemed it fit to comment on the post. 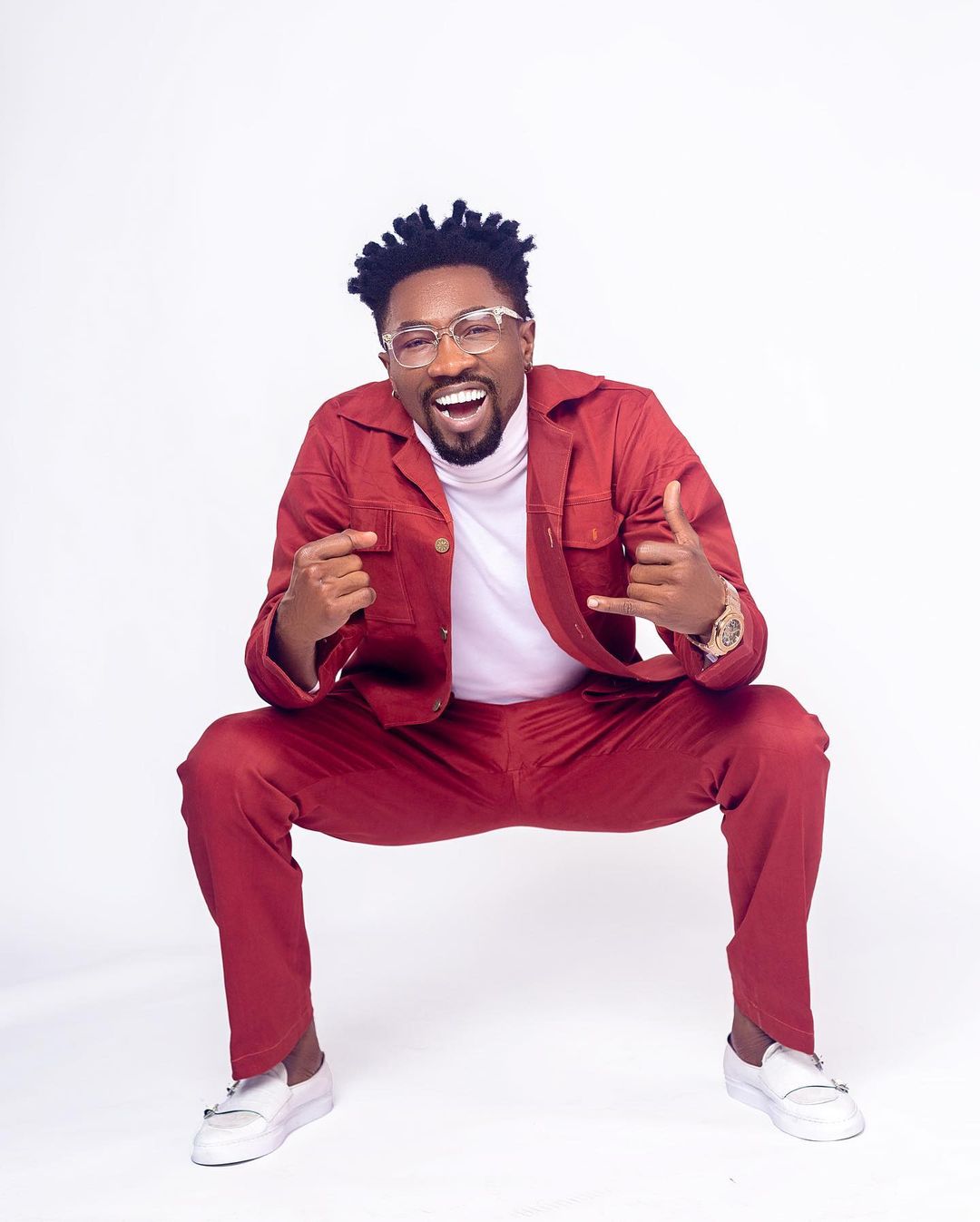 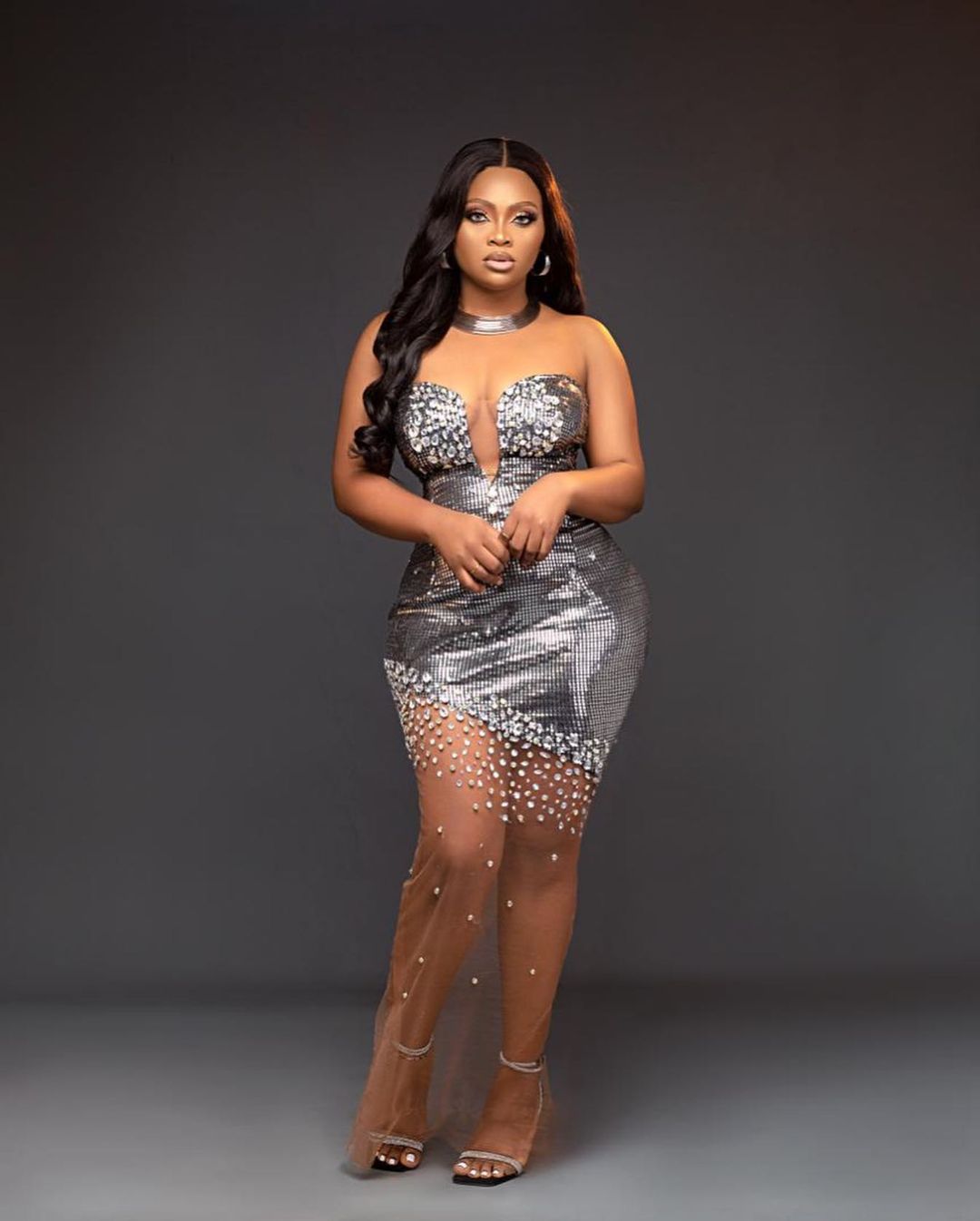 Boma’s words were, “God bless” but fans didn’t buy his gesture and quickly bashed him for getting involved with Tega’s affairs again.

One of them said, “What are you still doing in her comment section you this man…Leave her tf alone bro mmmtchew!!!”

A second commented: “Oga don’t comma make this woman to deactivate her account again… stop commenting in her page again to avoid been dragged again… You can still be friend with her it’s not until you comment that made you her friend… i come in peace.”

See a screenshot of the comments below: 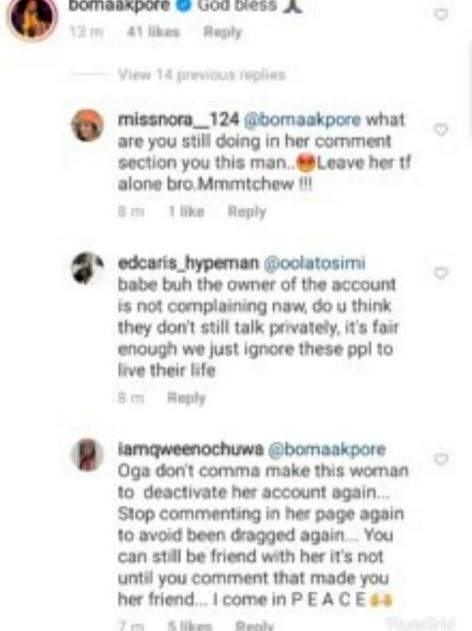