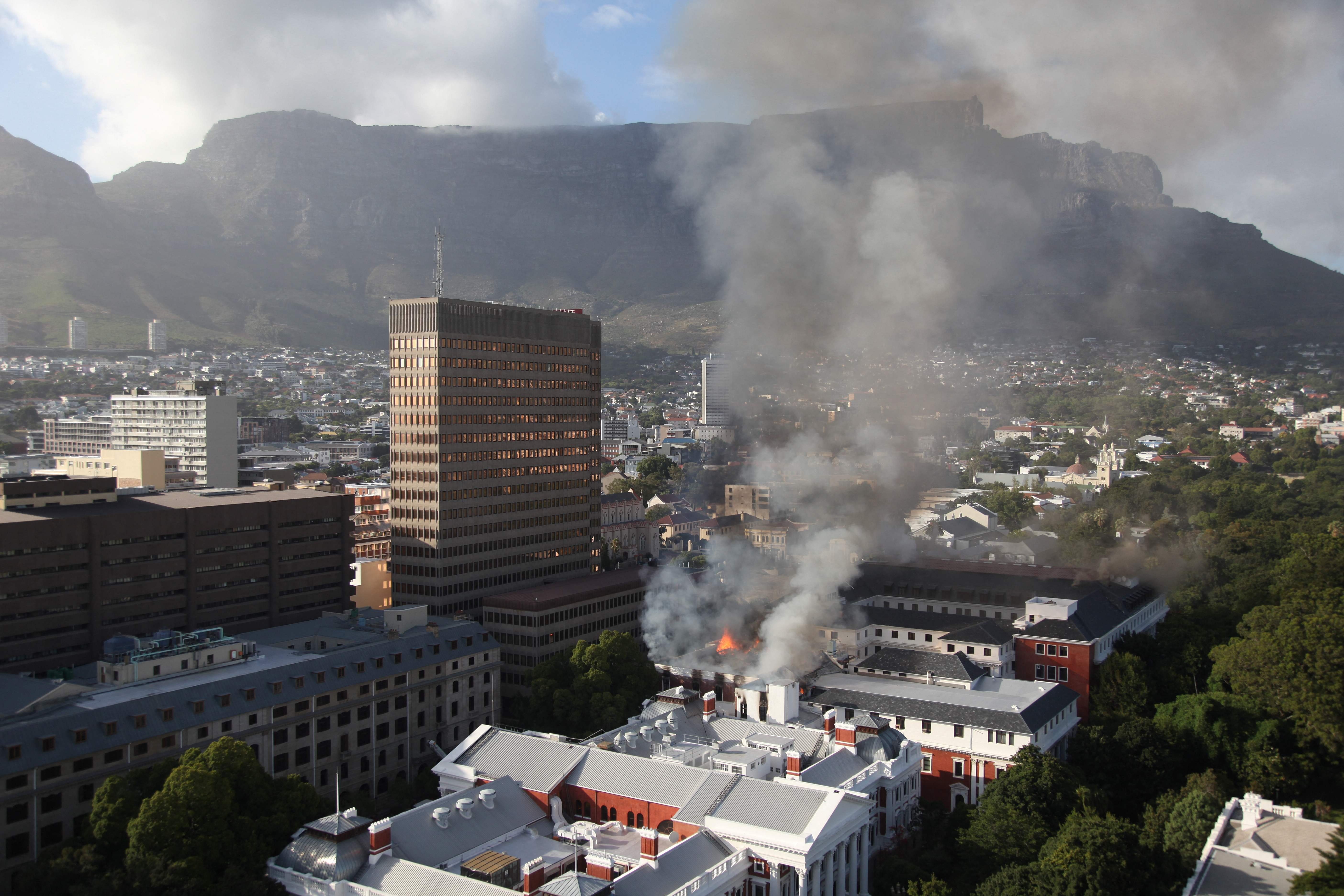 A fire erupted at South Africa’s parliament Sunday, with flames bursting from the roof of a building and a plume of smoke that could be seen from miles away.

Authorities said after several hours that firefighters had the situation under control.

Several hours after the blaze started in the legislative capital Cape Town, thick smoke was still pouring from one of the several buildings that make up the parliament complex.

Public Works and Infrastructure Minister Patricia De Lille told reporters the blaze was under control. She said it was currently burning in the National Assembly chamber, but had been contained in other parts.

De Lille said there were no reports of any injuries in the fire.

The cause of the blaze was not yet known.

Initial reports indicated that the fire started in an office space and spread towards a gym, said Jean-Pierre Smith, a Cape Town mayoral committee member responsible for safety and security.

Thick smoke billowed from the roof of the building and from the entrance as emergency services sprayed water inside.