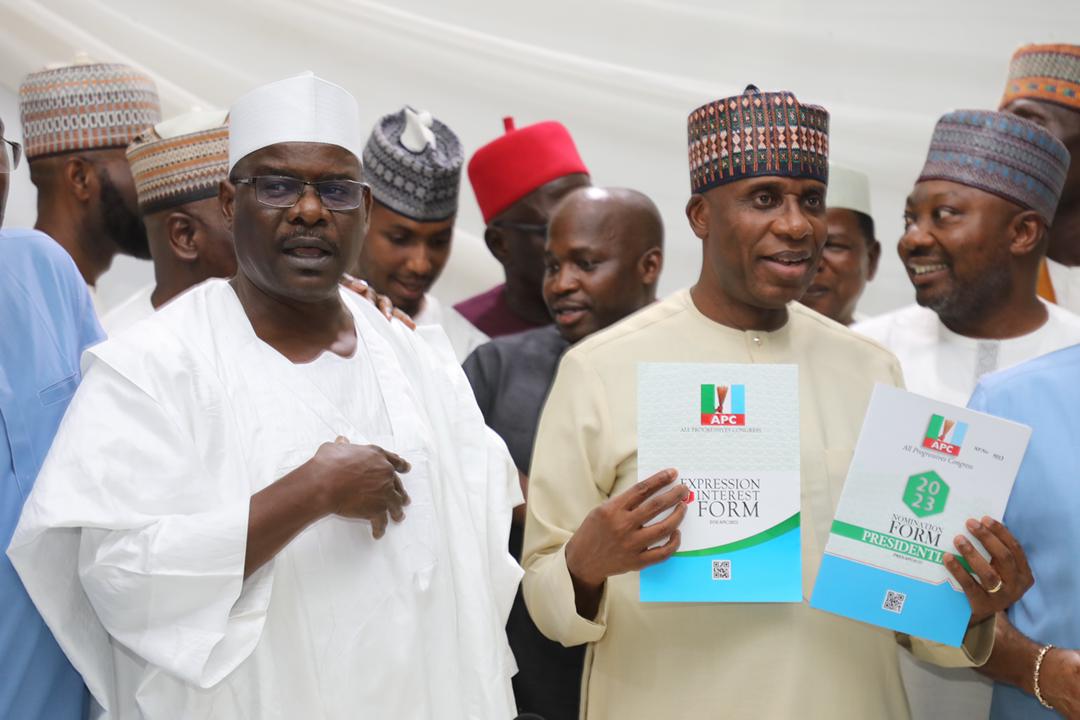 The Minister of Transportation, Rotimi Amaechi, has obtained the N100 million presidential Expression of Interest and Nomination forms of the ruling All Progressives Congress.

He obtained the forms at the ruling party’s headquarters in Abuja on Thursday.

The former Rivers State governor had on April 9 joined the 2023 presidential race. He declared his interest at a thanksgiving service organised by the Rivers State chapter of the APC

Amaechi, who is from South-South, had severally denied being interested in the race before his official declaration. The minister was the sixth APC aspirant to officially declare his intention to contest.

The pastor would officially declare his presidential ambition on Monday, May 9, 2022, at the Shehu Musa Yar’Adua Centre, Central Business District in Abuja, according to a statement,