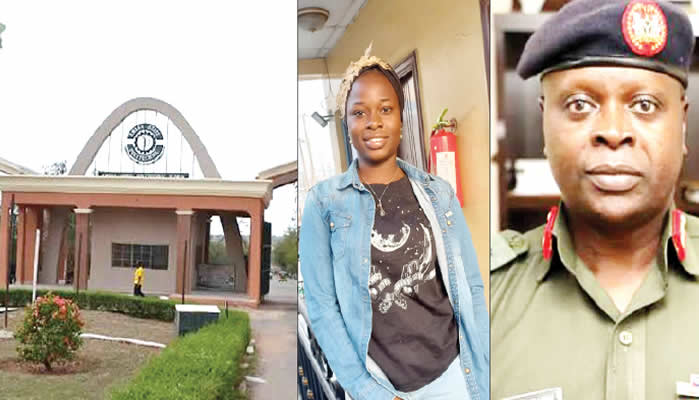 An accounting graduate of the Kwara State Polytechnic, Ilorin, Kwara State, Rukayat Akinola, has lamented being stranded after her student details were allegedly used to mobilise another person for the National Youth Service Corps.

PUNCH Metro gathered that Akinola and her colleagues graduated sometime in 2021 and after she received her certificate, she commenced registration for the scheme.

The 25-year-old said she visited a cyber cafe close to her house to do the registration, adding that when she logged in her details into the NYSC portal, she discovered that they had been used to mobilise another person.

Akinola said, “After graduating, I started the process of getting my certificate. In fact, because of my certificate, I travelled from our home in Oyo State to my school’s admin office in Ilorin on three separate occasions, but they kept telling me something was wrong and I would soon get it.

“I eventually collected my certificate around March 2022. Afterwards, I went to the cafe to do the NYSC registration. But when I logged in my full name and matric number on the portal, it revealed that another person was already using my details to serve in Oyo State.

“The colleague helped in identifying the impostor’s identity as Grace. I also went on Facebook to search for the same Grace and I was able to link the image I saw on Facebook to the picture of the person on my NYSC portal.”

Rukayat said she lodged a complaint at the NYSC office in Kwara State, adding that she was told that the body only worked with records provided by the school.

The Oyo State indigene said she was advised to return to her school to lodge an official complaint so the issue could be resolved.

“Immediately, I wrote letters to the school registrar; director of student affairs, and the Department of State Services in Kwara State, indicating that someone was using my full name and matric number to serve at the NYSC camp in Oyo State.

“An official at the DSS, upon receiving my complaint, took me to the rector and after I explained my situation to him, he became surprised and promised to write to the NYSC in Oyo State so the girl using my details to serve could be recalled.

“But I have not heard anything from the school till date. If I call the DSA to ask about my case, he would say NYSC had not replied to the school’s letter regarding my case. I want to serve; I need the NYSC certificate because of where I am working.

“My parents have been bothered about the issue. The girl using my details to serve is aware of what she did. She has changed her number because of what she did,” the accountant said.

Rukayat’s details including her certificate, admission letter, and a letter she wrote to the registrar were obtained by our correspondent.

Efforts by our correspondent to reach the alleged impostor proved abortive.

The DSA, Dr Saheed Ajadi, confirmed that Akinola lodged a complaint on the matter.

He said, “We mobilised her from our end and it was during her registration that she discovered and if we didn’t mobilise her, she wouldn’t discover that her details had been used.

“When she notified us, we immediately wrote to the NYSC secretariat that somebody else was using our student’s portal for that same purpose. The NYSC responded to us and I also forwarded the response to her (Akinola) WhatsApp number.

“The other person that claimed her call up number is currently serving in Oyo State. We also discovered that the other person was bearing Grace and she was never our student.

“We have been informed that the coordinator, NYSC, Oyo State, has been notified to demobilise the other party (Grace). We have also written to NYSC to remobilise Rukayat Akinola and that is the stage we are at the moment and we are expecting a response from the NYSC.”

The Public Relations Officer, NYSC, Kwara State, Oladipupo Morakinyo, when contacted said, “How does it concern the NYSC? You don’t do interviews on the phone; you are talking to a public relations officer. I am not competent to make a reaction; I can’t give you (the number of the state coordinator). Contact the NYSC headquarters for an appropriate response.”

Daily horoscope for May 10: Your star sign reading, astrology and zodiac forecast

Daily horoscope for May 10: Your star sign reading, astrology and zodiac forecast