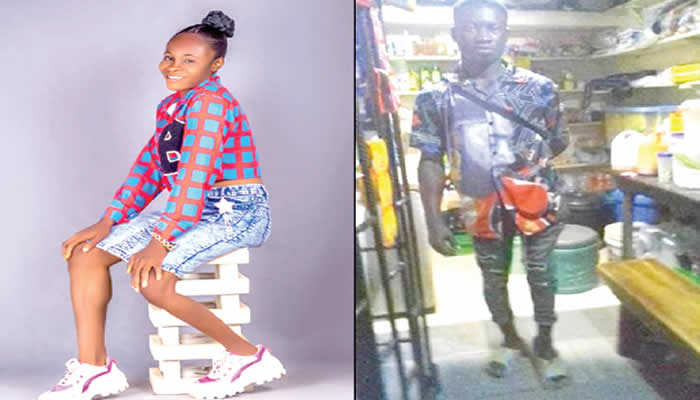 Foot drop also called drop foot entails having difficulty in lifting the front part of the foot. It is a condition that makes walking very difficult for those affected. However, living with this condition affects not only the movement but also the quality of life of those living with it. Some persons with this challenge shared the story of how the injections they were given in childhood for minor ailments resulted in irreversible nerve damage that caused the foot drop and made walking and standing difficult for them. ANGELA ONWUZOO reports

When Chekube Ezeokafor was born in 1992, she was healthy and had no form of deformity. She had no issues with her ability to walk, run, and play normally like her peers. Moving around was not a challenge at all for Chekube when she started walking at 10 months old.

The Anambra State indigene received all her childhood immunisation without any issues. But at the age of two, she was sick and was taken to a private hospital in the state by her mother for treatment.

But little did Chekube and her mother know that the injection that was given to her on her buttocks by a nurse at the facility will cause irreversible injury to her nerve and affect her movement and quality of life for life.

Sharing her experience with PUNCH HealthWise, Chekube, a Higher National Diploma student of Home and Rural Economics Department, Federal Polytechnic, Oko, Anambra State, said she walked with her two legs with her mother to the hospital but couldn’t lift her left leg again after receiving an injection that was given to her by a nurse for a fever that brought her to the hospital.

She, unfortunately, left the hospital with a deformity that she is still battling with to date.

The dark-complexioned lady said the injection caused the foot drop, lamenting that life has never remained the same since the unfortunate incident as walking has become a challenging task for her.

She said going to primary and secondary school was quite challenging for her as she could no longer walk a long distance, noting that she experienced excruciating pain in her knees each time she walks.

According to the United States National Institute of Neurological Disorders and Stroke, foot drop is the inability to raise the front part of the foot due to weakness or paralysis of the muscles that lift the foot.

The NINDS says as a result of that, individuals with foot drop scuff their toes along the ground or bend their knees to lift their foot higher than usual to avoid the scuffing, which causes what is called a ‘steppage gait’.

Experts say serious sciatic nerve injury or injection nerve palsy can result from improperly performed injections into the buttocks and cause foot drop, adding that the most common scenario for nerve damage is improper needle placement.

A Senior Lecturer at the Department of Paediatrics, College of Medicine, University of Lagos, Dr. Beatrice Ezenwa, told PUNCH Healthwise that only trained and qualified nurses should be allowed to administer injections.

According to her, untrained health workers and auxiliary nurses are the ones causing these problems.

The Consultant Neonatologist/Paediatrician with the Lagos University Teaching Hospital, Idi-Araba, said, “There are particular areas for giving an injection.

“If somebody follows the guideline and protocol, they are not likely to cause any problems. It is those who do not know the rules that cause problems.

Sharing her experience with PUNCH HealthWise, Chekube said, “I was born normal in 1992. My mum told me that she gave birth to me without any form of deformity. And that I received all my childhood vaccines without any health issues. But at the age of two years, she told me that I was sick and had a serious fever which prompted her to take me to the hospital.

“According to her, when she took me there, a private hospital, a nurse gave me an injection on my buttock. She told me that after taking the injection, I fell and could not walk again. She said she tried all she could to make me stand and walk, all to no avail.

“She said she screamed and started crying. She said she told everyone in the hospital that her daughter she brought for treatment came in with her two legs and was even walking around when suddenly she could not walk again after being injected by a nurse.

“So, she said she quickly rushed me to another hospital and after examining the leg, they told her that the injection had caused injury to my nerve and that the damage may be irreversible.

“My mum was told that my nerve was injured by the injection needle which they blamed on the nurse that gave me the injection. And that is how it resulted in foot drop.”

Chekube told our correspondent that she experiences pain in her legs often and walking a long distance is always a problem.

“My mum told me that the pain that I went through after taking that injection was unbearable, wondering what type of injection could make a child writhe in pain.

“So, she said after that injection, I started sitting like a toddler again because I could not walk and as I was growing up, one leg became shorter than the other.

“That was what she told me when I asked her why I was not walking and standing normal like my peers and brothers.

“My mum said she and my dad, however, didn’t take any action against the nurse nor sue the hospital. She said their primary concern was for me to get better,” she recounted.

Continuing, she said, “We are five in my family and I am the last and only daughter. My brothers stand and walk without issues while I walk in pain and with difficulty all the time.

“I am saddened by the development because my disability is man-made and no fault of mine nor my mum. The nurse that injected me, no doubt is a quack. If I had been injected by a trained nurse, I wouldn’t have come down with this condition.

“Each time I look at myself in the mirror and see that one leg is shorter than the other, I feel unhappy. My mother is not always happy whenever she sees me walking because she gave birth to me without deformity.”

Coping with foot drop the undergraduate said has not been easy.

“As a child, I didn’t understand the gravity of having one leg shorter than the other. I felt it was just a phase, which would pass. After seeking help without a solution, at a time, it dawned on me that I was not going to walk normally and stand straight for life. It was so painful for me, I must tell you. I just had to take my fate into my hands. I can’t walk long distances.

Why students with sickle cell have crisis during exams –Haematologist